Since being imprisoned at home at the beginning of last year, I have been obsessed with burning fire. I have started various stoves, such as gas stoves., alcohol stoves, wood stoves, cassette stoves,.. there are almost thirty or forty, various trial burnings. Among the gas stoves, Jetboil only started tossing this year. I used to think that the brand was not high enough and the workmanship was relatively average, so I didn’t pay much attention to it. After fucking the video, I was planted deeply, so in the past few months I started with a variety of JETBOIL stoves, including SUMO, MINIMO, ZIP, and the latest stove STASH that I just got started. Only then I discovered that JETBOIL is really a treasure brand. It is the first stove brand in North America. Two days ago, because the weather was too hot, I didn’t go out. I took a few of them and tried them at home. The results were quite interesting. Let me share with you:

Test description: The comparison result is only for the few stoves in my hand, and only for indoors. In order to be as fair as possible, I used all three burners during the test. Of course, because it is impossible to achieve absolute standardization, errors are inevitable, but I try to be as precise and fair as possible. 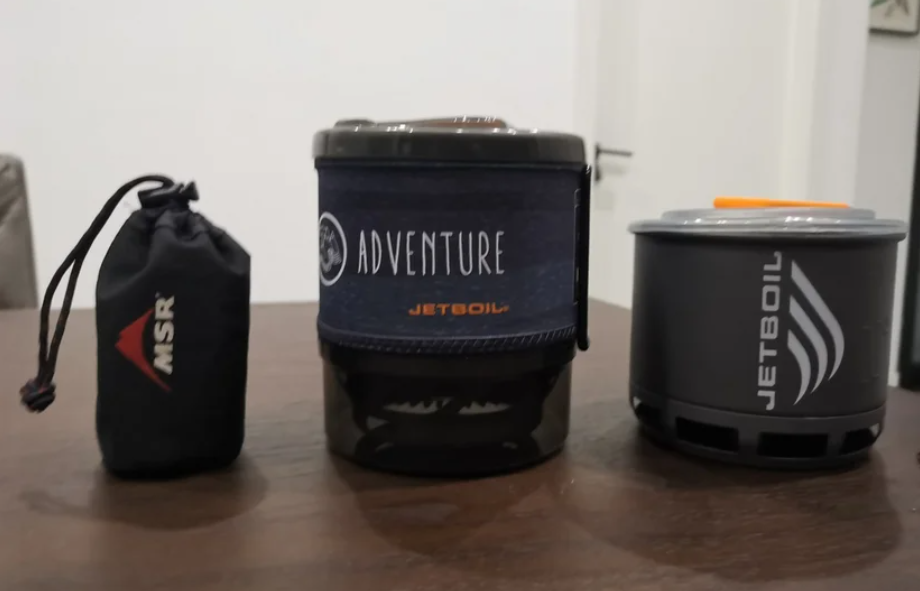 It is a new model launched by JETBOIL this year. Titanium alloy burner + 0.8 liter cookware. The main feature is ultra-light. The actual weighing STASH burner weighs 59 grams, the pot is 146.9 grams, the gas tank support frame is 26.5 grams, and the total weight is 232.4 grams. This pot is not big, even if it’s on the stove, you don’t have to worry about the instability of the center of gravity, so the gas tank support frame is not a necessity. If you want to reduce the weight, you don’t need to bring this, so that the stove refueling tank is practical It weighs only 205.9 grams, which is indeed very light, and this burner has a good function. I have actually used it not only for boiling water, but also for cooking noodles and porridge. It is very suitable for traveling alone. Its power is only 1.32KW, which seems to be much lower than many burners on the market. What about the combustion effect? Speak with facts.

The MSR small rocket is a very classic one of the individual burners. The first big brand burner I bought more than ten years ago is it. The powerful firepower and durable performance left a deep impression on me. In order to feel the performance of the new MSR stove, the front-end time started with a luxurious small rocket. Compared with the normal version, the deluxe version has the functions of electric ignition and voltage regulation control. The weight of the original set is 99.2 grams. After several times of actual use, its firepower is still as strong as ever. When the firepower is fully opened, it roars. For the rocket. Power 3.2KW.

This stove has achieved excellent results in the comparative test of dozens of stoves in the foreign equipment laboratory forum, and won the title of the best heat-collecting stove. Foreign consumers have a very high praise rate for it. . MINIMO is equipped with a voltage regulator control system. In the stove comparison test I did before, the air consumption is very low, the heat efficiency ratio of the stove is very good, and the fire control is very subtle, whether it is hot water or low-fire cooking. It can be used with other pots and pans. It is a stove that I personally like very much. Personally, I feel that its workmanship is not particularly fine, and the material is relatively thin. I used to be drunk outdoors and changed its shape, but I easily broke it back to its original shape. I can’t see it at all, and I don’t know. Is this good or bad? The power is 1.75KW.


Test environment:
The weather is too hot, and the high temperature of nearly 40 degrees is obviously not the normal outdoor situation, so I turned on the indoor air conditioner relatively enough, the temperature was about 23 degrees Celsius, and placed a fan next to it, and used the forest wind mode to imitate the environment under natural conditions as much as possible. . The gas tank I use is a large unopened 450-gram canister of Sengoku. 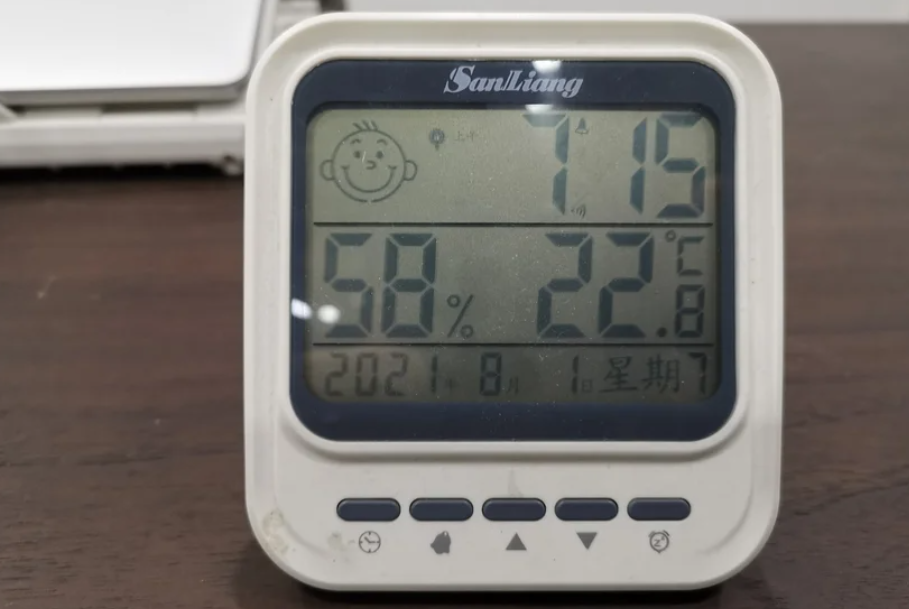 JETBOIL STASH is a semi-collecting heat set, it is composed of a burner + a heat collecting pot, and MINIMO is a standard heat collecting stove set, both of which are equipped with corresponding heat collecting pots, which can exert the best effect, but The Luxurious Little Rocket is a separate burner and there is no matching pot. So in order to be fair, in addition to letting the JETBOIL set try it out, I also took a fire maple titanium pot and used the three burners to try it out. , So you can make this experiment more fair.
Test 1: JETBOIL STASH+ matching pot (medium heat)

Weigh 648.4 grams before the gas tank test, and weigh 643.4 grams after the test, and the air consumption is 5 grams
It takes 1 minute and 38 seconds to boil 500 ml of water. What needs to be explained is that during the test, I forgot to turn on the fire power to the maximum. I didn’t find it until about a minute or so before I turned it on to the maximum. This result is not It was not the performance under maximum firepower, so I tested it again afterwards;

It takes 1 minute and 25 seconds to boil 500 ml of water, and the boiling speed is really fast. This test remembers that the firepower is fully activated as soon as the water is put up, so this result truly reflects the performance of the luxury small rocket.

It takes 1 minute and 30 seconds to boil 500ml of water. This is also the actual performance after full fire. Because it has been used many times before, the performance of MINIMO has always been stable. I am not surprised by this result;


It takes 1 minute and 22 seconds to boil 500ml of water. This test is based on the first test without full fire and re-testing. I don’t feel surprised about the gas consumption. I have nothing to say about the JETBOIL gas saving, but It’s beyond my expectation to boil water faster than a small rocket. Many burners that boil water faster are achieved by increasing power and gas consumption. STASH can boil water quickly at the same time with a small gas consumption. It cannot be said that the design of the stove head of his home is unique, and the supporting heat-collecting pot has indeed played a strong role;

It takes 2 minutes and 14 seconds to boil 500ml of water. Because MINIMO and STASH can be used with their own heat-collecting pots, they can also be used with other pots, so to be fair, I also use the same titanium pot for cooking. It takes a little longer to test with water, but the air consumption is still very low;

Of course, there will be some errors in the above results, but it basically reflects the true performance of the three stoves in the same environment. From this result, it can be seen that in the time of boiling water, JETBOIL and its matching heat collector cookware It is still quite powerful. In addition to greatly reducing the cooking time, it can also save more gas. Even if you don't need to replace the matching pots with other pots, compared to the MSR luxury small rocket, the gas consumption is greatly reduced.

In the outdoor environment, air consumption is more important than the time to boil water. Normally, we don't pay much attention to the time of tens of seconds, but the significance of saving fuel is highlighted, especially when walking long distances. When cooking the same amount of food and water, you can bring less fuel, so as to reduce the weight. In other words, with the same amount of gas, a stove that consumes less gas can cook more food and water, thereby providing more protection. The quality of the stove is not to say who has the highest power, but who has the higher thermal efficiency. In this regard, JETBOIL has done a very good job, and it is no wonder that it is the world's largest outdoor market-North America's NO1!

KASSICO, a leading aluminum box factory in Ningbo, China, has 19 years of production OEM experience. provides global customers with a wide range of standard and customized sizes boxes, Since 2015, combining the advantages of camp storage boxes, KASSICO has expanded its business scope to aluminum alloy camping and outdoor equipment, including the design and manufacture of aluminum alloy camp furniture, camp kitchens, camp stoves, camp cooking utensils, etc. With multiple sets of outdoor products solutions, kassico provides customers around the world with hundreds of innovative and affordable outdoor products,we will be your reliable suppliers, and we will try our best to serve you better and to be your honest partner. welcome customers at home and abroad to visit and guidance!
More Detail: https://www.kassico-outdoor.com/ 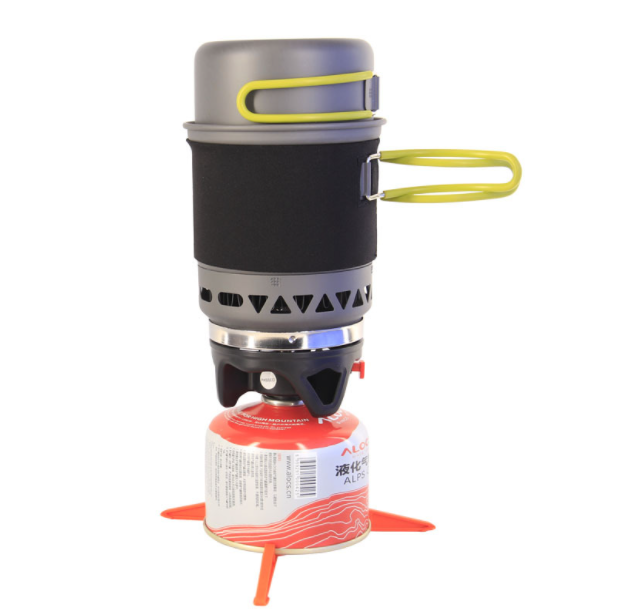 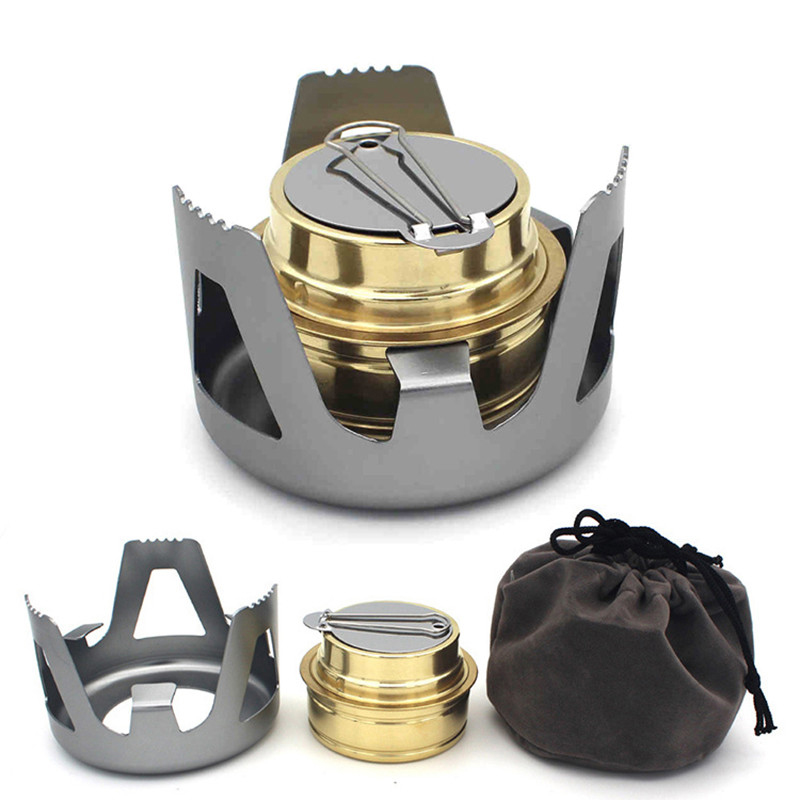